It opened its doors in July 2016, and now, it seems, this week it will be closed for good. Not to be confused with 3rdRock Grid, or the Brazilian 3D Life, we're talking about  DJTommy Seetan's grid, 3rdLife Grid.

It was really only luck that this weekend I heard about the closure from Safari regular Lite House, and it felt like a chance not to be missed - a final tour. It really was a charming grid, and my visits have never been frequent enough, much to my chagrin. 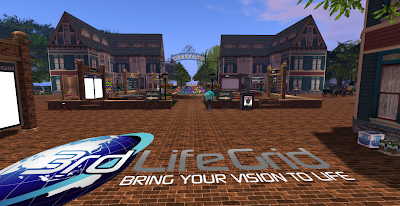 At one time, you may recall, the grid was home to HG Visionz magazine, the brainchild of Sunbeam Magic and Minetheree Anthanaios, with writerly support over the years by  Jessie Campbell, Reyn Softly, Serene Jewell, Virtual Christine, Zinnia Frenzy, and Chopsy Bode. 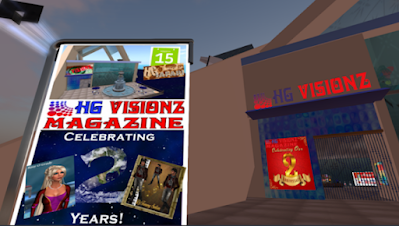 The Safari visited 3rdLife for the HG Visionz second anniversary party, and again in the Fall of 2017 to see the Dallas build by AAcme Fall, on the 54th anniversary of the assassination of JFK. We had the enormous luck to be there with the creator, and see that fatal day from his perspective. It was a masterly build, and a memorable occasion, the opportunity to walk around a piece of history and draw your own conclusions about the grassy knoll, the Lincoln Continental, and the Book Depository.

It was one of those places that you wish you had visited more often, because one quick look is just not enough to grasp completely the meaning of it all, or the amount of work that has gone into its creation. Aacme's knowledge of the subject is encyclopedic, and we were all very impressed by his approach - no improbable drama or twisting of the facts for effect, just good solid research. A great man.

To tour a grid on its final days is always a little melancholy, because each and every region is picturesque, from  the enormous Raceway, to the homespun main square of Dutch Mountain... 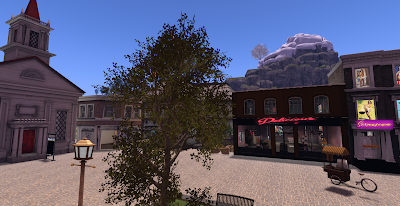 ... to the romantic panorama of Tranquility Bliss, complete with wedding chapel, waterfalls, birds, bridal backdrops, Best Wishes, and flowers - indeed all the bells and whistles that go along with the special day in terms of Virtual. 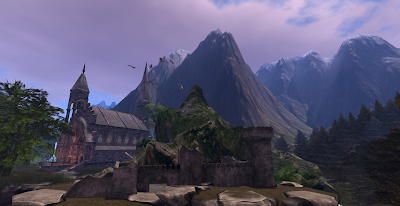 For a change of pace, there was also a rollicking bloodthirsty Zombie region - 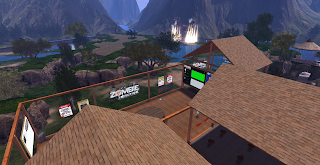 luckily, it's not the only place in OpenSim where you can play this shoot 'em' up pastime, if running about in search of survival is your thing.

Survival is our thing, though, in Opensim. Perhaps our main thing. Regions and grids and people often disappear for a while, to then reappear elsewhere, reinvented and reinvigorated. For those who don't, well - there is remembrance, and that perhaps is the best luck any of us can hope for.