It's a small country with a lots of names, and loads of personality. Whether you like to call their home Holland, the Netherlands, or the Low Countries, the Dutch contingent in opensim is large, active, and innovative! The Safari group got to see three different aspects of Dutch culture this week, all the destinations are open to the public, and listed at the end of this post, if you want to experience them for yourself. 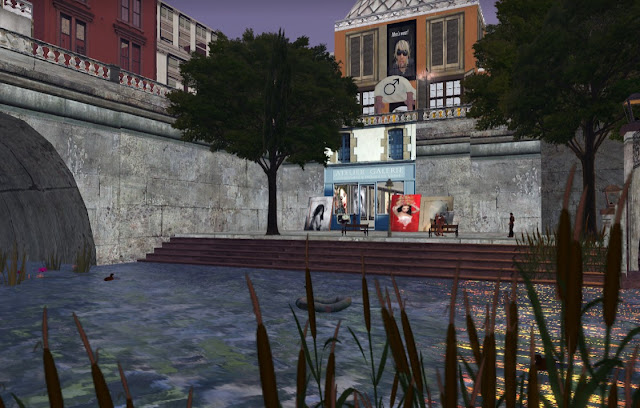 Utrecht Citycenter is a region on OSGrid built by Avia Bonne. The region is on land owned by Mark aka Repudiator Quann, one of the smart and generous people who have regions attached to OSGrid and allow others to get a parcel or even a whole sim in exchange for small donations used to help cover expenses.

Read more »
Posted by Thirza Ember at 2:31 PM No comments:

The House in SL

The new Safari house in SL will be holding the first in a series of events on March 25, at 12.00 SLT
http://maps.secondlife.com/secondlife/Sistiana/106/81/25 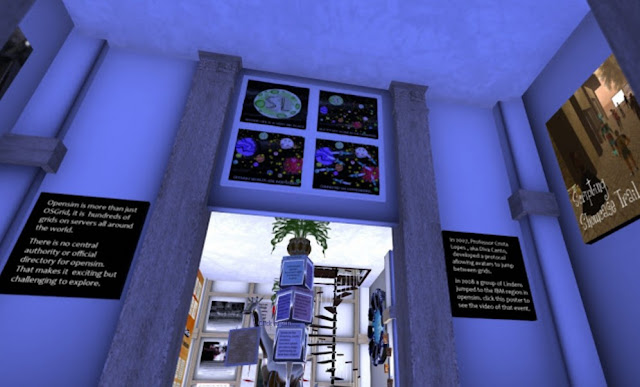 Back in September 2014, The Safari was lucky enough to be given some space on sim Sisitiana, in SL.
The beautiful sim is the home of John 'Pathfinder' Lester. 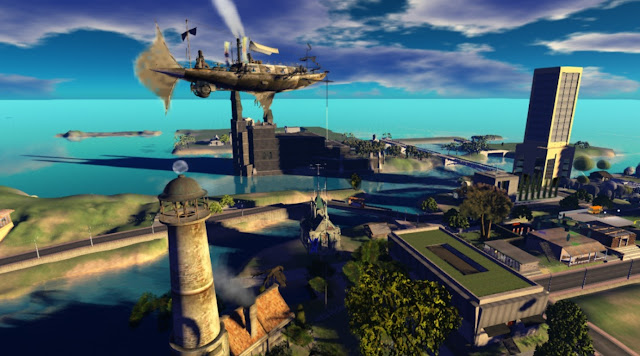 Safarina Wizard Gynoid immediately took in hand the space and put up a building, very much like an ancient church in the gothic style. 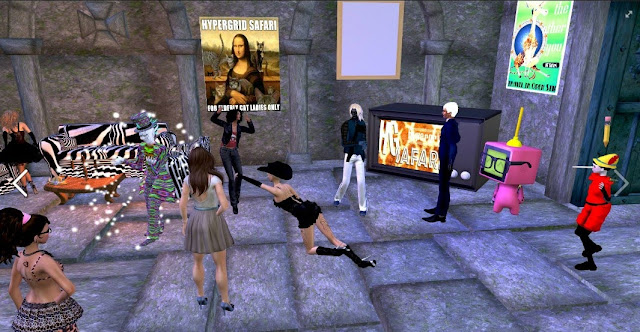 We held a party there in October 2014, with a crowd of bi-virtuals, or should that be multi-virtuals. It was a way to remind all of the symbiotic relationship between SL and the opensim worlds.

Inside there were some posters and information about opensim, including a link at the now famous video that shows the hypergrid jump by some of the Linden team to an IBM owned region in opensim... this video

Time went by, Wizard became busy with other projects and relinquished the land to me, and last November, I began rebuilding and rethinking the space. 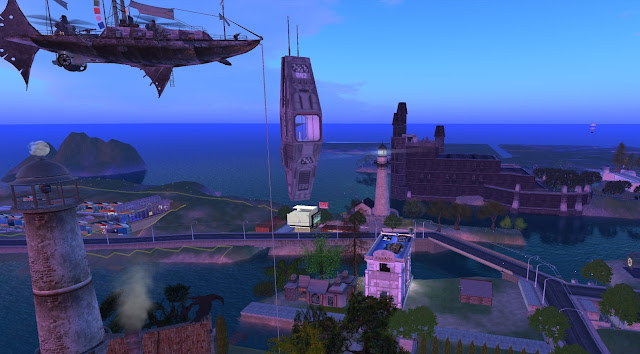 As you can see, the classic look of the region has not changed, but the style of the new building is rather different. it's divided into 3 floors. The ground floor is all about general information on how to find people in opensim, how to get help, and some tips and tricks - from things like 'What is an .oar' to 'How come people friend me so fast in opensim'. 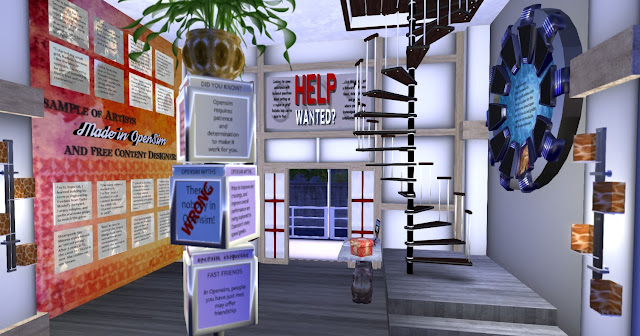 The middle floor is dedicated to specific information about grids. Click on the posters and get a notecard that tells you something about the size, location, prices, and ideology of each one. The central display gives you an idea of how the grids are distributed around the world, and shows - just for illustrative purposes - the names of about 200 grids that are hg friendly. Wow - 200, that's a lot! 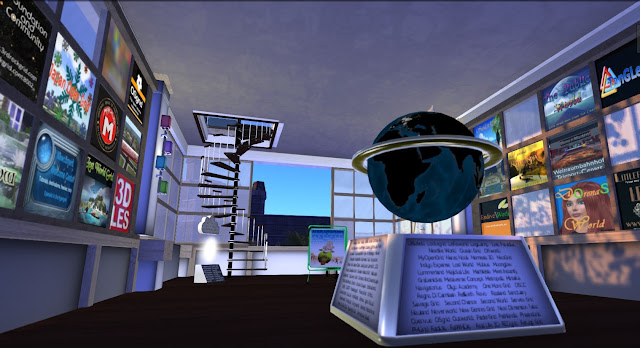 A separate space called the 'school room'  will house some information about educational builds - everything from university grids to privately run sims with a didactic twist, like Graham Mill's Micrographia. 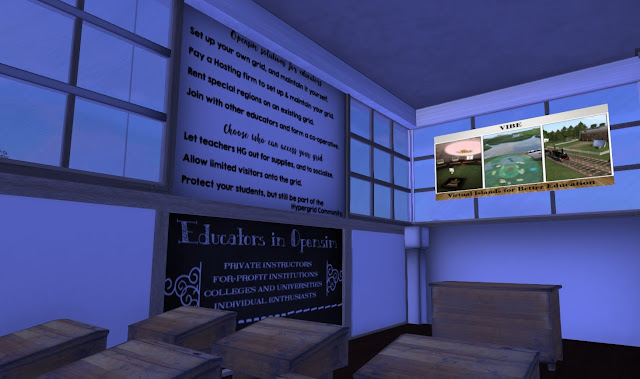 The top floor is for social events. While it's not my intention to have a lot of events in SL, it's nice to think we have a place where experienced opensimmers can share their experiences with people a bit shy about taking the plunge. And dance a bit too. The events here will not be SL-bashing, but will hopefully dispel some of the myths and misinformation out there. 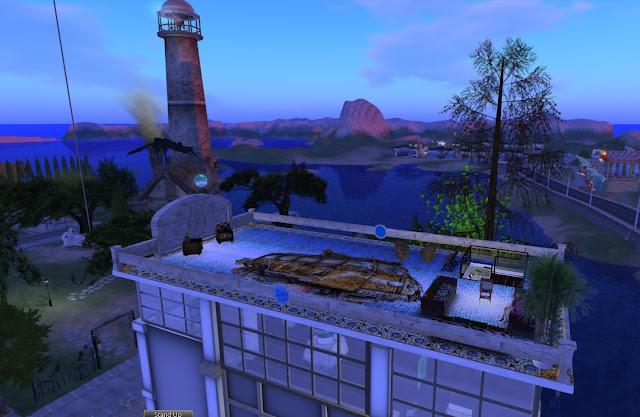 This build has a strong not-for-profit bias. It celebrates the generosity of opensim, not the people trying to make a fast buck out of it. The idea that we can all give something back to the opensim community is paramount - because those are the kind of people I hope will join us.  Finding your way around opensim can be a huge challenge to new people. I say this - if someone showed you kindness in opensim, then please, pay it forward by helping someone new.  And if you're not fond of newbies, just consider this, if you help them, it is also a way you can help put the rip-off merchants out of business. 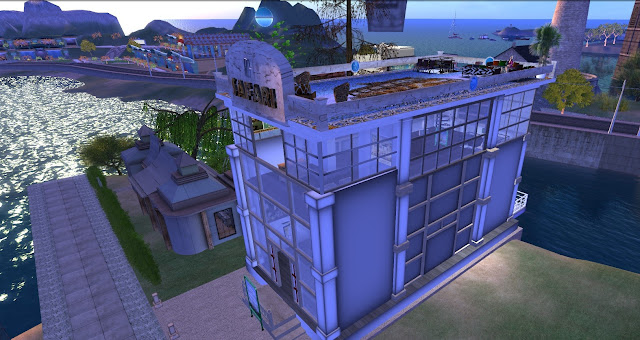 It makes no absurdly self-aggrandizing claim to being the official home of Opensim in SL - nobody can speak for the massive variety of worlds, with all their fiercely individual ideas and aims. However, I'm proud to say that people from some 50 different grids have contributed to the build.
Many have provided posters and notecards, advice, moral and practical support, and some have given a few Lindens to help with the upload costs. Thank you all! 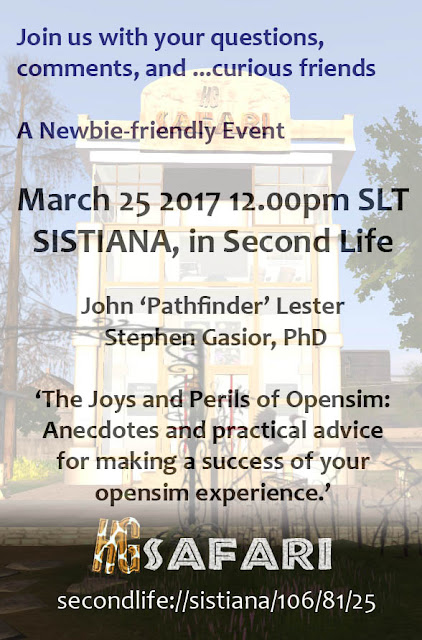 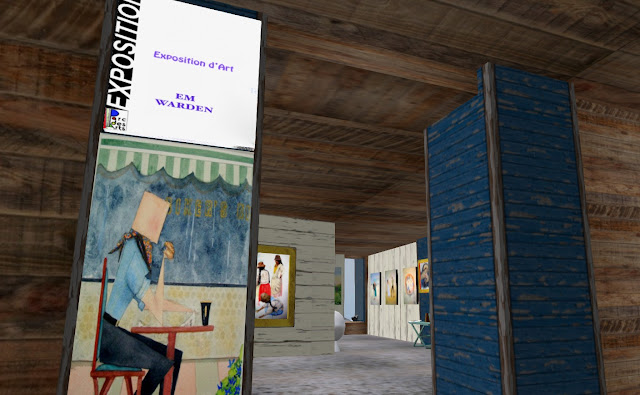 First, to Parcdesarts, a region of Francogrid. Paintings and other 2D art is surprisingly difficult to show well in virtual worlds.  But Katia Parcdesarts has achieved something special here.

The landscape suggests an airy oceanside estate, without too many trees or water features to distract from the principal attraction, the galleries, which, even though each represents a very different style of architecture, all come together in a harmonious patchwork.

Yesterday, we answered two questions about Opensim with one big party. Firstly, what is the most popular publication in the Hyperverse? and secondly, is opensim really 'empty'?
The answers are 1. HG Visionz magazine, and 2, Opensim empty? No way!! 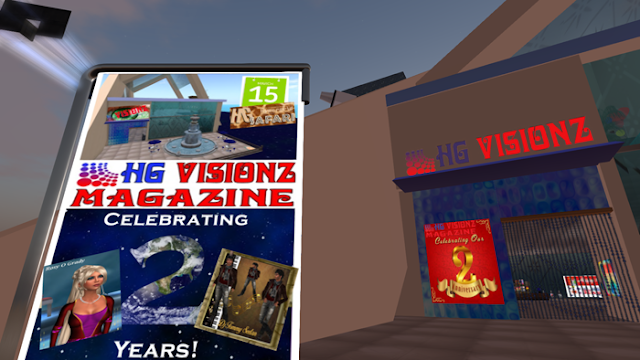 There are quite a few competing events on Wednesday evening, European time . There's a DJ dance party at Event Plaza, OSGrid, there's the traditional-back-to-the-dawn-of-opensim party hosted by Samira Samtanko on DeReOs, there's the midweek meeting on Metropolis, and a bunch of other music and social events, you need look no further than the  Events Tab on opensimworld.com or go to hypevents.net to see what's going on.  Why mention all these 'rivals' to the weekly Safari trip? Because an astounding 43 avatars gathered on 3rdlifegrid to wish HG Visionz a happy second anniversary.

Stop me if you've heard this one.
Person A tells Person B about a great deal, or scheme, they're working on.
Person B gets excited, and tells their friend, Person C, all about it.
Person C invests.

To visit Ignis Fatuus is a bit like watching a French film. The scenery is beautiful, and invites long, sweeping, cam shots. The sound track is epic, the dialogue, rigorously atmospheric Gallic. After a while you begin to wish you'd sat up front in your French 101 class, and fear that the subtitles are missing something crucial, and then after a little bit more, it occurs to you that you're not following the plot because ...maybe there isn't a plot. 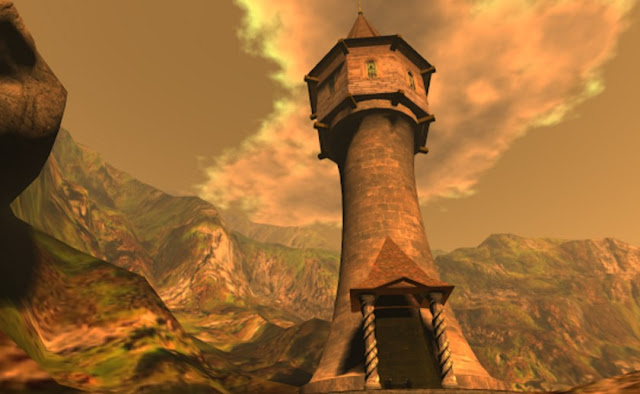 Once you've embraced that - and most experienced Safarians figured this out about 2 years ago - what's left is a wonderland of photo ops, cute corners, and remarkable architecture. It's intime and indéchiffrable, not two words readily associated with a field trip, but we kinda made it work.

The second destination for this week's Safari tour was Escape! on Digiworldz.
This is a region dedicated to the teaching of Spanish in an immersive 3D environment. Our guide was Eugenia Calderon, a language teacher living in Mexico, and the region's creator, James 'El Profesor' Abraham was also there. Here's the website.  And here's their Escape Facebook page and here's the page for 'Spanish with Eugenia'.
El Profesor: Hola!  I'm in a RL class, but I have my students working on an activity so I'm kinda here and kinda not....did you hear them?

This is the first half of this week's Safari which was split into two 90 minute destinations. First up, OMG... HG Address at the end of the post, as usual. 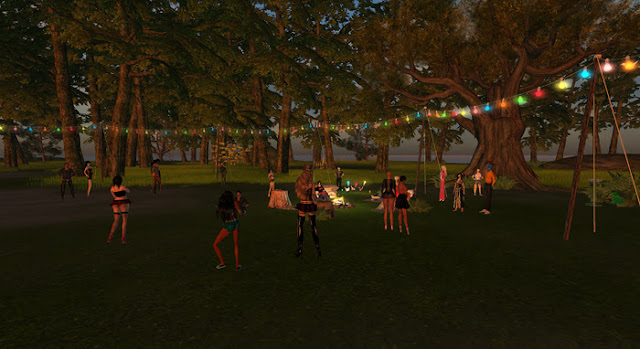 snik snoodle: welcome all to OMG!  it's short for One More Grid.  We have sailing at the docks where you can rezz a boat and go for a sail, rain and i thought we could either split the group into two, one group sail one explore and then say swap over in 30 mins or so. Do feel free to dance while you wait, if you wish or feel free to ask rain or I anything - should you have any questions.
Thirza Ember: Why did you decide to make your own grid rather than join a larger grid?

Read more »
Posted by Thirza Ember at 6:00 AM No comments: