It is a hard thing to write about, the last Safari. We stayed home, uncharacteristically for us. And lovely Wizardoz Chrom made a wonderful machinima of the event.

Cherry Manga made all kinds of amazing big art for us to be dazzled by, all around the simple clubhouse and the great sailing ship, handmade by Aime Socrate so long ago. 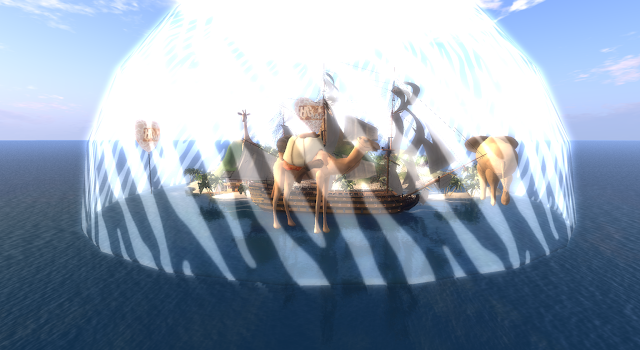 Cherry even made a special Safari avatar to celebrate the occasion, I wish I had been able to appreciate it more at the time. 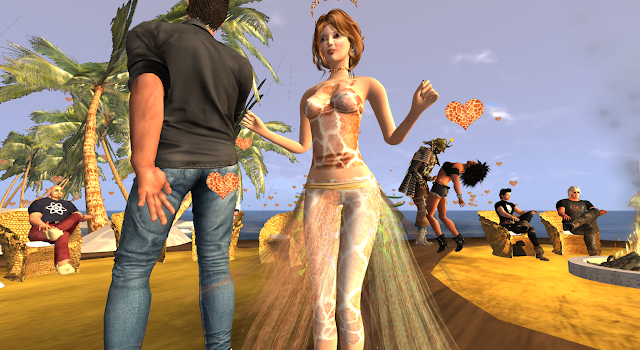 Lots of people came, about 70 by my count, just to pay their respects. But really, the respects were due to them, the grid hosters, sim creators, amazing artists and builders, scripters and entertainers who have so generously taken time out of their Wednesdays to share and show their talent and expertise. The evening began with Truelie Telling, singing the songs we all love, music born in the metaverse and best heard on an opensim region of dubious character like HGSafari. 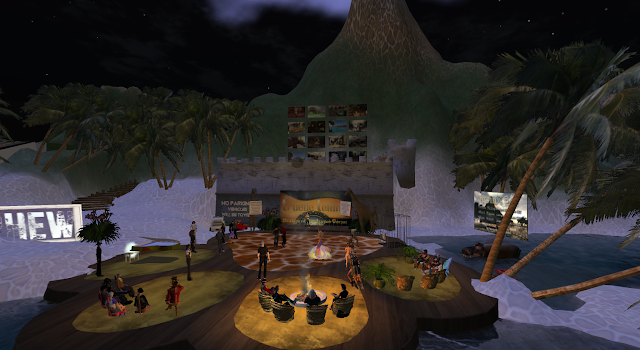 To Wizardoz Chrome, who has been an inspiration, co-conspirator and dear friend for all these four years of Safari, through all its clubhouses from OSGrid to Metropolis to Francogrid and more, I can only say thank you for your elegant calm, your creativity and good humor even when things went a bit wrong,

Thank you to all the regulars - Sunbeam, Archa, Tosha and Sib, Mal, George, Lucy, Billy, Aime, Snow -   it's unfair to name names, really, because there have been seasons of regulars, when, for a time the same kind friends showed up week after week, until life in the real world changed their schedules. Nara Malone comes to mind, who hosted us for over a year when OSGrid went down and the Safari moved to Metropolis. Nino Whitman gave us the HG Safari sim on Francogrid free of charge, and made it a pleasure to be here. Patti, Spike, Isolde, Pixel, and the gang from Ignis Fatuus, and on and on, just looking back over this blog reminds me of the big family of travellers we have become. 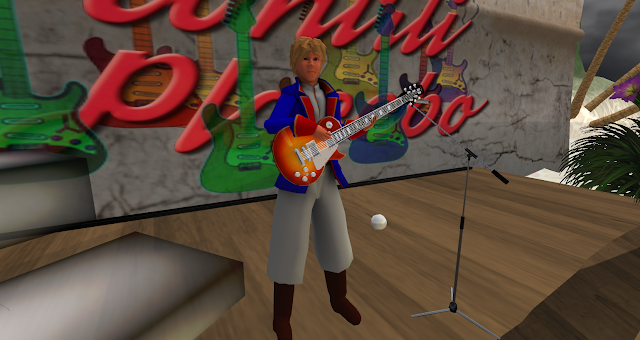 The final Safari was a three part concert, with, as I say, Truelie opening in grand style. Next up, Whirli Placebo. Looking cute as the Little Prince, his energy and charm had us all dancing and remembering the fun times we have had, and the good times to come. 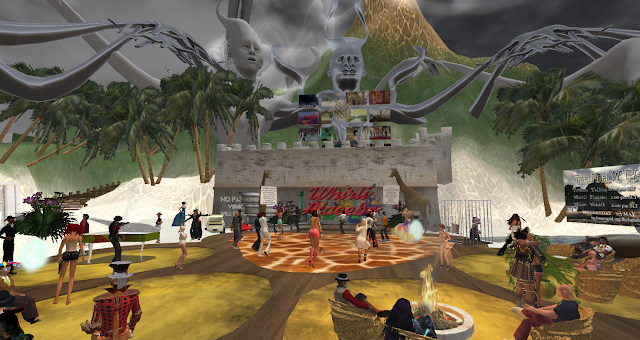 The whole thing simply flew by, as folks dropped in for a few minutes to say hi, and the jokes and recollections of memorable crashes filled the chat. For the final hour was dedicated to the music of guitar virtuoso Wolem Wobbit, who was the first musician the Safari ever went to hear, in Week two, when he was playing over on German Grid, oh so long ago. There were just four safaristas then, Wizardoz and myself, Fuschia Nightfire, and this lady... Wizard Gynoid, who was a very welcome surprise guest on this final Safari.

And how could she miss it? She was at the very first event, when it was just the two of us, back in May 2014. 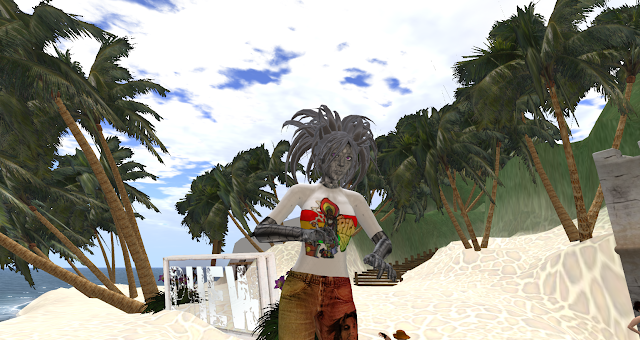 Thanks to all who made the Safari happen. It's been wonderful.